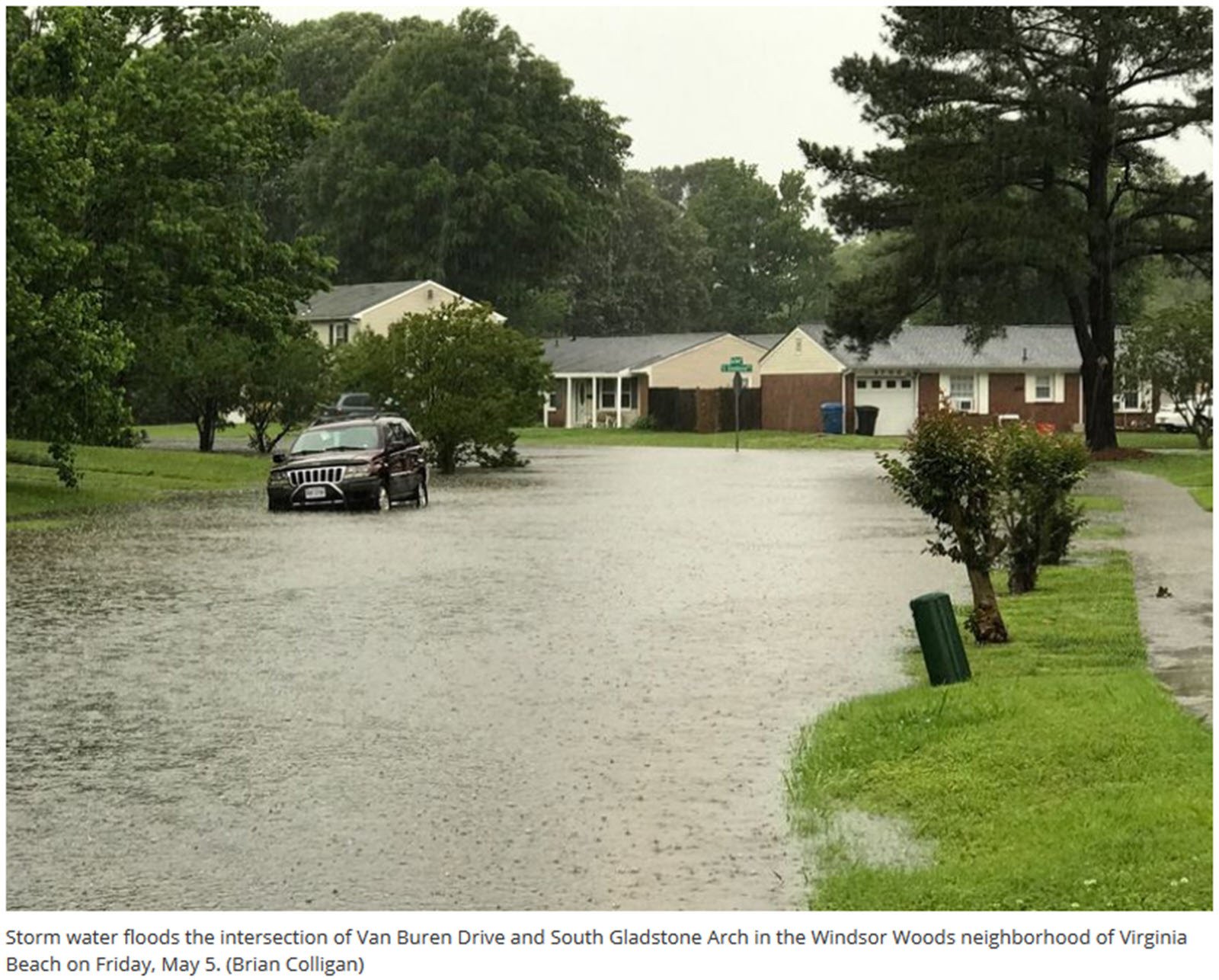 To protect more homes from future flooding and to lower flood insurance rates, Virginia Beach is considering funding a local program to buy out or elevate at-risk properties throughout the city.

If approved, the new funding — a $1.5 million initial investment and then $500,000 annually — would represent a shift in the city’s strategy. Virginia Beach has historically relied on federal grants to pay for such individual-property projects. They have already elevated 24 repeatedly flooded homes and have plans to raise or purchase another 10.

But those federal programs, often coming from the Federal Emergency Management Agency or the U.S. Department of Housing and Urban Development, have strict guidelines and can take years to process.

“We’re very dependent on a federal program,” said Erin Sutton, the director of Virginia Beach’s emergency management office. The state has not yet helped with anything related to sea level rise, so the next step "is beginning a local program that would help us address those who are falling in the gaps.”

Officials said new local money — which will be considered in this year’s budget — would help support federal funding, not replace it. FEMA also announced Tuesday another $6.5 million for Virginia flood mitigation projects, including $3.2 million for Norfolk to elevate 11 properties and $1 million for Chesapeake to purchase five properties.

“That would save our hardest-hit homeowners in terms of flood insurance $438,000” — or nearly the same amount as the city’s annual investment, Leahy said.

There are hundreds of properties in the city that repeatedly flood. Local money could help fund a variety of strategies, including elevating homes, adding flood vents to properties, raising utilities and a quick-buy program after storms.

These strategies are just a few of many options, including major infrastructure projects the city is considering as it braces for a costly battle with sea level rise in the coming decades. If no proactive action is taken, Virginia Beach could see roughly $330 million in annual costs with 3 feet of sea level rise, according to Virginia Beach’s sea level rise study.

Under a buyout program, the city would purchase a house, demolish it and restrict future development on the property. The area could then serve as a park, land to plant trees or be used for a flood control project.

Officials said they would account for multiple factors — such as flooding history, risk of future inundation and if they can buy more than one lot in the same area — when determining which properties to pursue. The choice to sell would be voluntary, they have stressed.

Dewberry, an engineering consulting firm leading the city’s $3.8 million sea level rise study, would help develop a local program, officials said. That firm has already identified roughly 2,500 at-risk properties that the city could target for buyouts. Most are in the southern part of the city.