U.S. flood risk model to be publicly available in boon for homebuyers 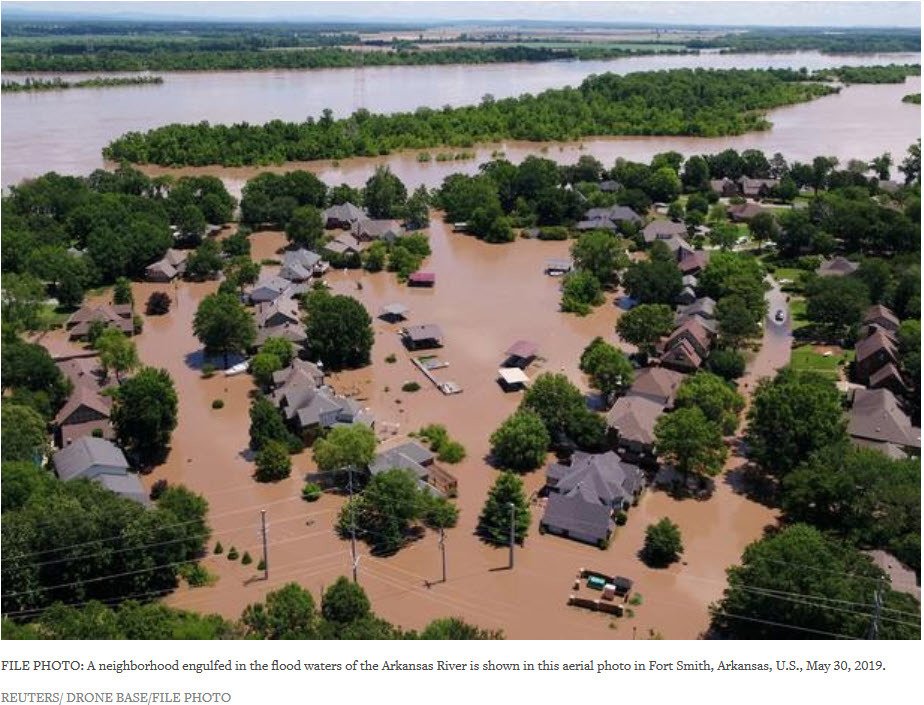 NEW YORK (Reuters) - A climate research organization will offer access to a risk model that predicts the probability of flooding for homes across the United States, giving the public a look at the data institutional investors use to gauge risk.

First Street Foundation on Tuesday launched Flood Lab firststreet.org/flood-lab, a research partnership which provides eight universities with its model that maps previous instances of flooding as well as future risks. Using the dataset, Wharton business school at the University of Pennsylvania, Massachusetts Institute of Technology and Johns Hopkins University among others will quantify the impacts of flooding on the U.S. economy.

The move could put pressure on prices of homes, municipal bonds and mortgage-backed securities linked to real estate in risk-prone areas, according to Matthew Eby, executive director of research organization First Street Foundation, and other Flood Lab participants.

The data will be made available to the public in the first half of 2020 in an online database searchable by home address.

About 62 million American homes have a moderate to severe risk of flooding, data analytics firm Verisk has estimated.

Major risk modeling firms like Risk Management Solutions, CoreLogic, AIR Worldwide and KatRisk are currently the sole purveyors of that information, which they sell to big insurers, mortgage lenders and investment firms. But the cost, which can run into seven figures a year, is prohibitive for universities, smaller financial firms and homeowners.

"We tried to get some of the data from one of the providers and they quoted us an astronomical price," said Benjamin Keys, a real estate economics professor at Wharton.

Keys had reached an impasse in his research: he had evidence that mortgage markets in coastal regions of the United States were being affected by rising sea levels, but couldn't get accurate or comprehensive datasets that modeled the risk of flooding. Flood Lab will help fill that gap.

First Street says its model rivals those at big private firms. While there have long been researchers modeling flood risk, the timeframe and geographic scope have been limited as the manpower and cost have been too great for any one university. First Street currently has around 70 researchers working on its model, more than some of the proprietary firms.

"We welcome the competition."

Private risk modeling agencies will still have business: they offer other catastrophic risk data on a global scale and there is demand for multiple models. But a public option could lead to competitive pricing and a demand for transparency around methodologies.

The most lasting impact, however, is likely to be on homeowners.

"Where does your average homeowner get that flood risk information and make an optimal decision?" asked Carolyn Kousky, executive director of the Wharton Risk Center.

"I think that's the place First Street will actually be disruptive."