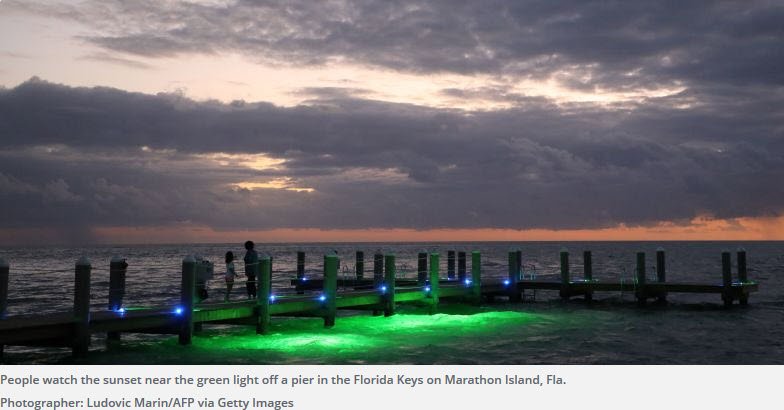 Local governments from Palm Beach County, the Miami area and the Florida Keys should plan for 17 inches to 31 inches of sea level rise over the next four decades, according to data released Dec. 4 by the Southeast Florida Regional Climate Change Compact at its annual conference in Key West. The projections show an additional 3 to 5 inches of sea level rise by 2060 over previous projections.

The low-lying region that includes a 113-mile-long island chain has been fighting to hold back rising ocean levels, higher-than-average seasonal tides, and storm surge for years. The regional climate change group’s last projection, in 2015, was 14 to 26 inches of sea level rise by 2060.

The Southeast Florida climate group formed a decade ago to bridge gaps in climate change adaptation planning at the state level.

The new projections, which incorporate data from the National Oceanic and Atmospheric Administration and the Intergovernmental Panel on Climate Change, may force some construction or mitigation projects to jump higher on officials’ priority lists, said Monroe County Mayor Heather Carruthers.

‘Faster Than We Expected’

“We’re seeing it happening faster than we expected it to happen. So, that’s alarming, which means we have to move more quickly—which means, are we going to get the money to move much more quickly?” Carruthers said in an interview.

Her county is comprised of the Keys, which are connected by 40-some bridges, and its officials have been calculating how high its roads must be raised to stay dry and drivable.

The costs will be significantly higher, by tens of millions of dollars, than officials expected. Some areas will have to be abandoned, Keys officials warned.

“It’s that word nobody likes to use: Retreat. We’re going to have to retreat from some areas and that’s going to be costly,” Roman Gastesi, county administrator for the Keys, told the conference.

“If it costs $15 million to raise a road, maybe we don’t do that. Maybe we buy the homes out,” Gastesi said.

Nesheiwat’s office is cataloging the efforts local governments have been taking so far to fight rising sea levels to develop best practices. State, local and regional leaders will have to include urban planning, transportation options, affordable housing and reasonable insurance premiums in their discussions about Florida’s future, she said.

“We’re going to have to think critically about the way our population centers have developed and ask ourselves difficult questions about whether our current model of growth is indeed sustainable,” she said.

DeSantis had been scheduled to address the conference Dec. 5, but his appearance was canceled.

To contact the reporter on this story: Jennifer Kay in Miami at jkay@bloomberglaw.com