As seas rise, your coastal home in Florida could lose value. One report says 15% by 2030. 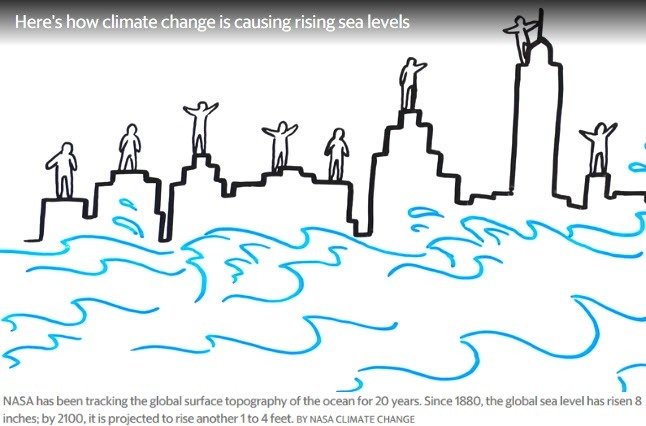 Increasing sea rise is going to water down the value of some of the most coveted and expensive real estate in Florida, and insurance rates will go up too.

That’s the conclusion of a pair of new reports calculating just how much of an impact climate change will have on Florida’s real estate industry.

A report from international consulting giant McKinsey released Thursday found that Florida homes subject to the risk of flooding could lose 5 to 15 percent of their value in the next decade, barring any significant changes to the market in that time. By 2050, that could leap to 15 to 35 percent.

In another Miami-Dade-focused report from Jupiter Intelligence, researchers found that moderate flooding of about a foot will affect nearly double the number of homes by 2050.

The reports tackle a relatively new topic in the financial world, one with big implications for residents in the most vulnerable state in the nation. It’s called climate risk, and it explains all the ways that the warming world will mess with global financial systems.

In McKinsey’s report, Florida was the case study for climate’s impacts on the real estate market.

“The question that we ask is if you look at this ecosystem that exists around real estate now, what happens if you throw in a changing climate? It starts to expose all these vulnerabilities inherent in the system,” said Mekala Krishnan, a senior fellow at the McKinsey Global Institute and co-author of the report. “It’s hard to know how any of these systems will play out.”

For one, the insurance market will have to adapt to the actual cost of insuring properties that now face a much higher likelihood of floods or stronger hurricanes. That means higher premiums for flood and windstorm insurance.

Mortgages may be more expensive to get, once banks realize that a home facing the literal prospect of going underwater isn’t a sound investment.

The repeated floods or storms could make buyers — both global mega investors and regular single-family homeowners — shy away from more vulnerable properties, dropping the value further.

Property values and the taxes associated with buying and selling real estate make up a sizable chunk of state and local budgets. That means these municipalities tasked with protecting their residents from more extreme events will have less money to do so.

Alex Harris covers climate change for the Miami Herald, including how South Florida communities are adapting to the warming world. She attended the University of Florida.